What is a Binding Financial Agreement? 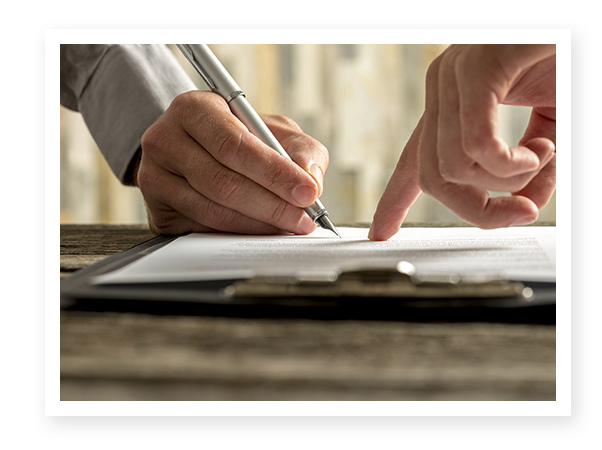 Under section 90G of the family Law act, a BFA’s is only binding under the following conditions:

(a) the agreement is signed by all parties; and

(c) either before or after signing the agreement, each spouse party was provided with a signed statement by the legal practitioner stating that the advice referred to in paragraph (b) was provided to that party (whether or not the statement is annexed to the agreement); and

If the above requirements were not met, then the BFA would not be binding.

How we can help

As you can see, binding financial agreements are complex. They require not only understanding of how to make an appropriate agreement and how enforceable can agreement will be, but also to ensure that the processes required to make the BFA enforceable are in fact followed.

Clearly, without help from a legal a BFA may not be enforceable in court. So help from an experienced Family Law lawyer is not only recommended, it is in fact required.

We have provided our clients with binding financial agreement advice for over 35 years and are highly experienced in all aspects of these agreements from the negotiation, creation, revision, advice, exchange enforcement of such agreements.

The reason why legal advice is required in the creation of a binding financial agreement is that they are complex, and have impacts into your life far into the future.

If you require expert legal services in relation to all property law matters, speak to us as soon as possible so that we can advice you and adequately prepare you for the range of legal matters and options open to you that you will need to consider.

We are ready and able to provide advice, appear and also brief experienced Expert Counsel on an urgent basis to attend in order to best defend, safeguard and advance your rights and interests in all agreement matters.